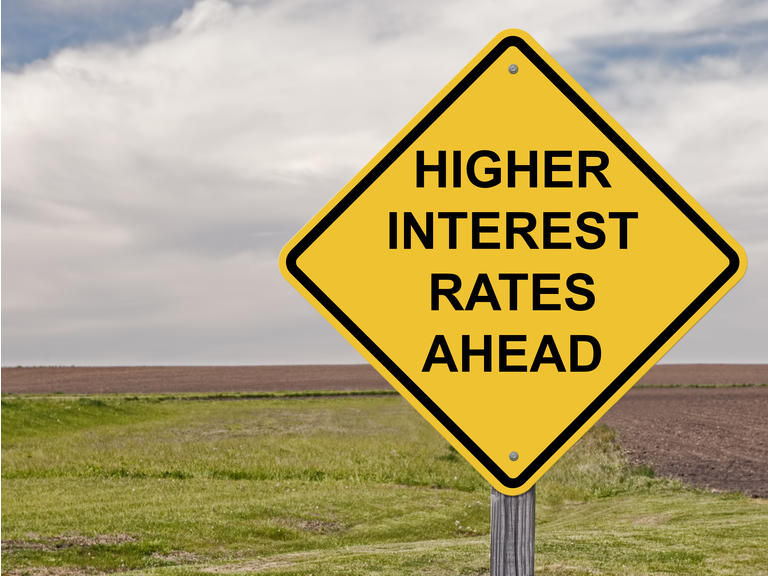 Let me start by saying I served several hundred clients (if not thousands) over a span of 4 decades in the financial services industry as a financial planner, money manager and financial advisor.  I advised clients then, and now advise friends and family, to listen to the news … but don’t put a lot of faith in the news.

I’ve found that if you want to lose money in the markets … listen to the news and follow the crowd – it will surely lose you a lot of money.  In the words of Denzel Washington, “If you don’t read the newspaper, you’re uninformed, if you do read it, you’re misinformed.”

A truer quote in today’s time has never been said any clearer.

That is a quote I’ve heard several times in the past year or two and I have often told people that I am not concerned with rising interest rates, or normal inflation rates, when it comes to the stock market – of which I am heavily invested into.  What I have found hurts the market more than actually the raising of interest rates is the consistent talk and warnings about how it will destroy the market returns, by the young people in the markets and the media that have yet to live through such times.

The Securities and Exchange Commission (SEC) and the Financial Industry Regulatory Authority (FINRA) always warned us financial advisors and financial planners to let our clients know that they “should not consider past performance as being indicative of future performance” – and that is true.  But at the same time, we should look at historical performance and learn from it … so let’s do that in this article.

Let’s take a look at the Fed Funds Rate – the rate the Fed charges banks to borrow money – which is the basis of all interest rate hikes or declines.  This chart from Stockcharts.com goes all the way back to January 01, 1990 (32 years) and shows the annual rates in a long-term decline.

Look at the current rate … .08% as compared to where it started in 1990 at about 8.25%.  Now let’s take a look at what the S&P 500 has done during this time of falling interest rates.  I use the S&P 500 since that is what most media hosts like to talk about.  The S&P 500 index is nothing more than a market-capitalization-weighted index of 500 leading publicly traded companies in the U.S. It is not an exact list of the top 500 U.S. companies by market cap because there are other criteria that the index includes. Still, the S&P 500 index is regarded as one of the best gauges of prominent American equities’ performance, and by extension, that of the stock market overall.

Here is its performance over the past 32 years for comparison purposes to interest rates in a decline:

But will it destroy the market?  Let’s take a look at what is expected.

Each of the square boxes in the above graphic equals one Fed Official.  You can see that out of 18 only 2 think interest rates will be raised above 1% this year from the present rate. Ten officials think the rate will end at about 1%; five thinks it will be below 1% and 1 thinks it could be below 0.50%.

By the end of 2023 three Fed officials think the rate could be as high as 2.125%.  Let’s assume they are correct.  Do you realize that is a rise from current Fed rate of just about 2.05%?  That would still leave interest rates extremely low as compared to how high they have been at times over the past 3 decades.  How on earth is this supposed to destroy or cause havoc on our markets?

Simple answer – It should not!

What were those interest rate rises in 2005 and how many were there?  Take a look below:

WHAT DID THE STOCK MARKET DO DURING THAT YEAR?

As I look back in time at other periods … I see the same thing happening.  A little more volatility in the markets … but the markets continue to increase in value.  As a matter of fact, if you were to search the internet for a market graph dating all the way back to 1900 … you would find that 67% to 70% of the time it is trending up and not down – through all kinds of economic upheaval.  So, this is Why Interest Rate Hikes Don’t Concern Me.

To me, interest rate hikes is a time of “opportunity” in the market.

Let’s not forget what Denzel Washington has to say … “If you don’t read the newspaper, you’re uninformed, if you do read it, you’re misinformed.”  So, do your research and as you do it remember what I have always said …

Some people, such as Lawyers, Meteorologists, Journalists, Economists, and Politicians can lie to the public and still keep their jobs – so don’t believe everything you read and hear.  Look at history and it can teach you much more than anyone in the media today (Yes, including me)!

Good Luck in your investment endeavors.